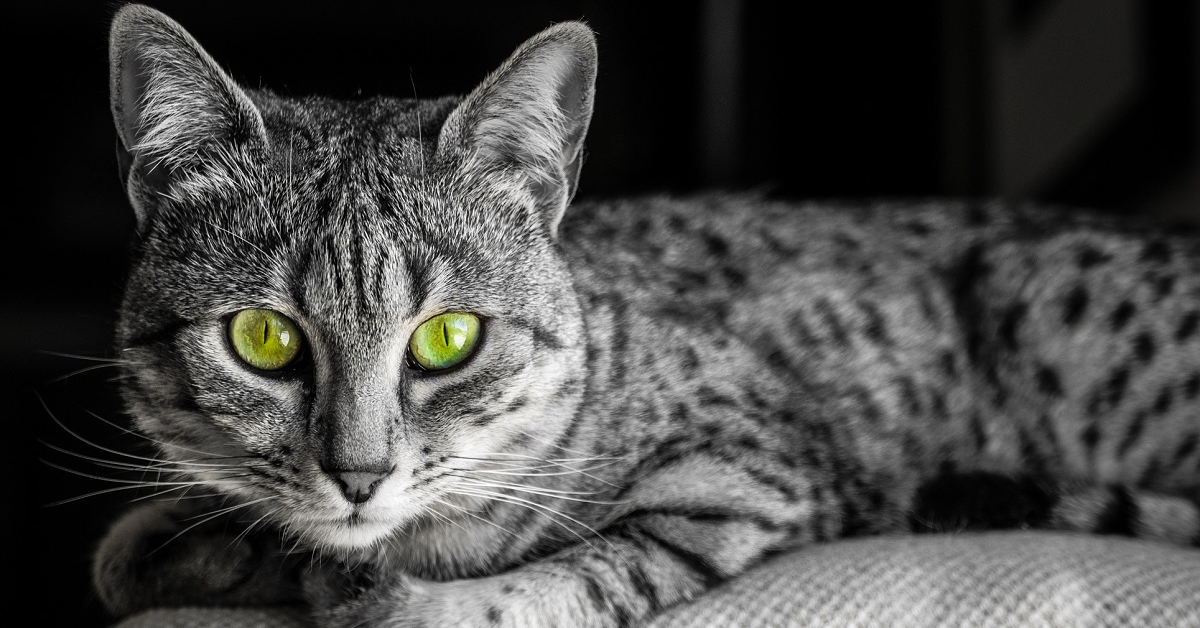 The Fastest Domestic Cat breed is considered the Egyptian Mau that is a small to medium-sized short-haired cat breed with longer hind legs and a special skin flap.  The unique flap of skin extends from the flank to the back knee, which assists in running by allowing the legs to stretch back farther.  This provides for greater agility and increases the length of stride.   Maus have been clocked running more than 48 km/h (over 30 mph).  The skin flap trait allows Egyptian Maus to sprint and leap with ease.  Their body is muscular and they are also known as the feline greyhound.

The Egyptian Mau can even outrun the fastest human.  Jamaica’s eight-time Olympic gold medalist Usain Bolt retired in 2017 but still boasts the title of fastest human alive.  Bolt ran the 100 meters in 9.58 seconds which maxes out at about 27 miles per hour.  Since the Egyptian Mau has been clocked at over 30 miles per hour, they can run faster than Usain Bolt.  Cheetahs and pronghorns are considered the fastest animals in the world.   For the fastest wild cat in the world, the record is still held by the cheetah, which can run up to 61 mph.  Discover more interesting facts about the Egyptian Mau breed below.

1)  Egyptian Maus are one of the few naturally spotted breeds of domesticated cat. The spots of the Mau occur on only the tips of the hairs of its coat.  This breed is the only naturally occurring breed of spotted domestic cat recognized by the Cat Fanciers Association (CFA). 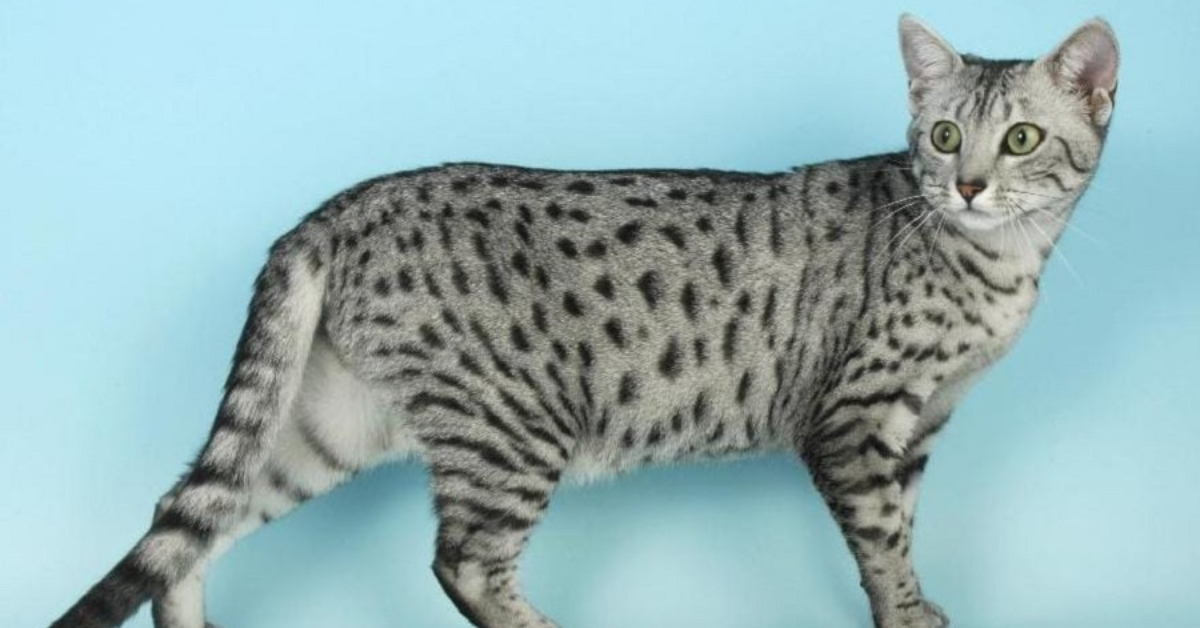 2)  The Egyptian Mau’s name is derived from the Middle Egyptian word mjw, which means cat.

3)  Thanks to those powerful hind legs, Egyptian Maus are also extremely proficient at leaping.  They have been measured jumping as high as 6 feet straight up.

4)  The Egyptian Mau breed is an ancient cat breed with a history dating back at least 3,000 years.

5)  The breed was expanded in the 1950s when Russian princess Natalie Trubetskaya (sometimes Troubetskoy) (living in exile in Italy)  was given a Mau that was reportedly imported from the Middle East. Trubetskaya loved her spotted feline breed, and when she emigrated to New York City in 1956, she brought along three Mau cats. She used these kitties to establish the Fatima Egyptian Mau cattery, which produced many of the ancestors of today’s Egyptian Maus in America. 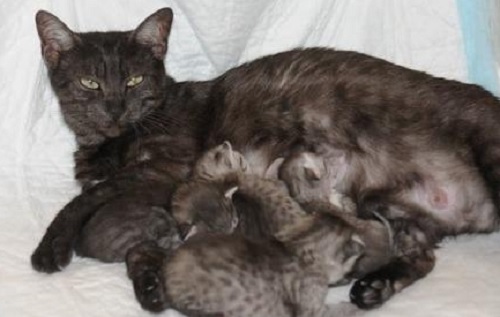 7)  The breed has been known to be antisocial with strangers.  Maus do get along well with small children and other pets in its family when socialized from a young age.  The Egyptian Mau is very territorial and will be prone to fight when another unfamiliar cats or pets invade their space.

8)  Maus are vocal cats – they often possess very musical voices and are known to chirp, chortle, and emit other distinctly unusual vocalizations when stimulated.
9)  As the fastest domestic cat, Maus come in six colors.  From most to least common, these colors are silver, bronze, smoke, black, caramel and blue/pewter.  Black and pewter Maus cannot compete in Cat shows, but may be used in breeding.   All Maus must have green eyes, but an amber cast is acceptable in kittens and young adults up to eighteen months old.

10) Maus are more sensitive to cold than other domestic cat breeds and they like hotter temperatures.