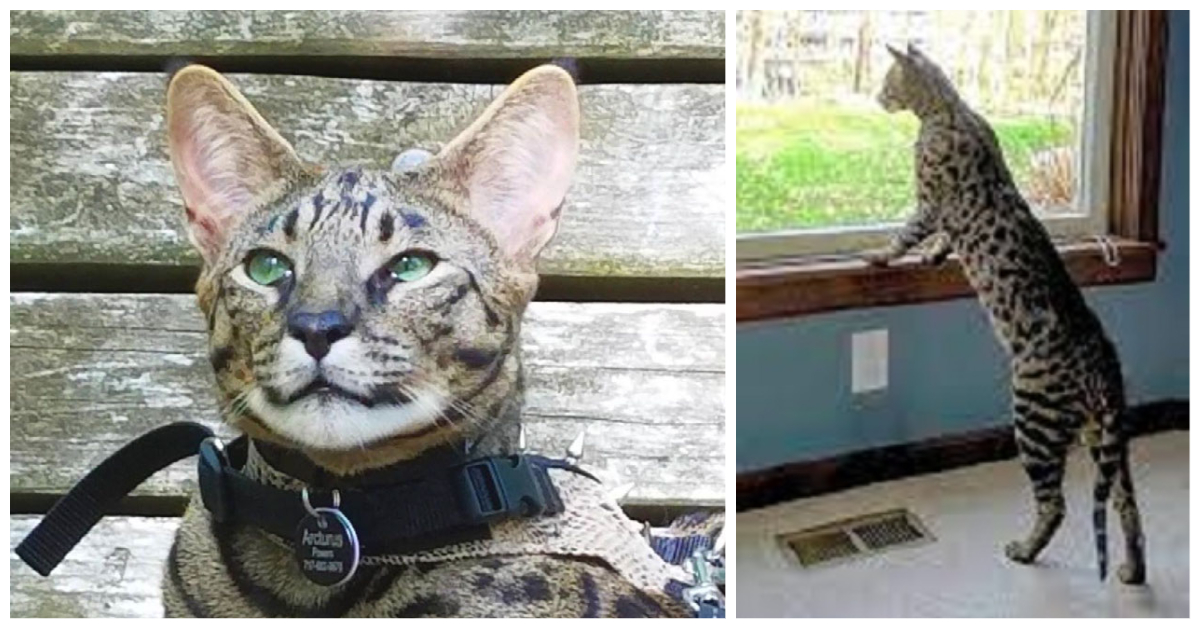 Discover more about the World Record for the Tallest Domestic Cat and see the "tallest domestic cat ever" world record holder. . .

The Tallest Domestic Cat world records have been Savannah cats and they have dominated this world record category.  The last three Tallest domestic cats were  – “Arcturus” (2016–18), “Trouble” (2011–16) and “Scarlett’s Magic” (2009–11) and have all been Savannahs. There is some controversy with Savannahs competing for this world record as this particular breed is not recognized by some cat fanciers (breeders) as a domestic cat.  Technically, the Savannah is a hybrid between house cats and wild African servals. Indeed, because of their heritage, some states in the USA have outright banned Savannahs, while in the UK, it’s illegal to own a serval or an “F1” (first-generation) Savannah without a special license.  TICA has recognized the Savannah as a registered cat breed since 2001.

When it comes to loftiness, the all-time Tallest domestic cat ever measured by Guinness World Record (GWR) was the 48.4-cm (19.05-in) “Arcturus Aldebaran Powers” who lived in Michigan, USA. His amazing height (measured from the ground to the withers or the ridge between the shoulder blades) was verified on November 3, 2016.  Sadly, Arcturus passed away in early 2018.

Guinness World Records is currently seeking a new holder for Tallest living domestic cat. If you think that your domestic cat could “stand” a chance at the title, then why not make an application?  Given history, if you have a tall Savannah cat then you should submit the application for the current world record for “Tallest Living Domestic cat”. 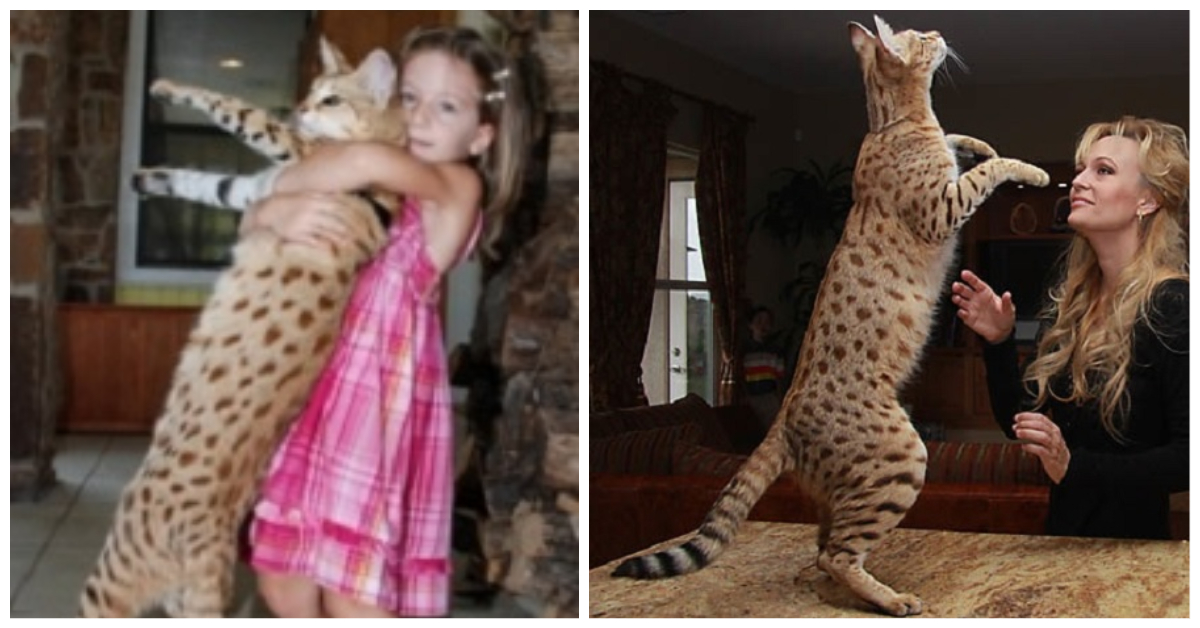 Watch the video below to understand interesting facts about the Savannah breed of cats.