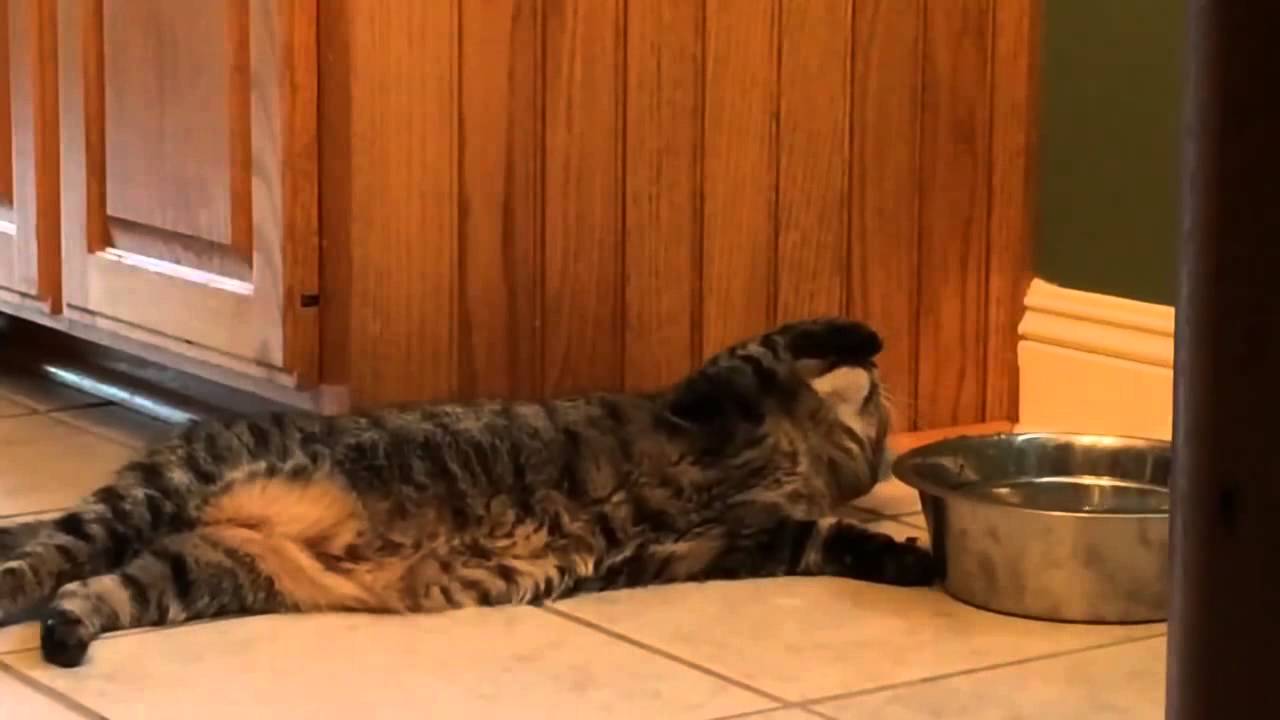 This kitty has figured out a way to drink water without getting up.

An adorably lazy cat has been capture on video by its owner drinking in a rather peculiar manner. The poor feline was in an unfortunate situation because it desperately wanted some water but was just too lazy to stand up.

This video shows the cat stretched out on its side doing all it can to reach the water without actually having to move at all. And its attempts are actually pretty successful. The tabby cat manages to dip its paw into the bowl before dripping the droplets of water into its mouth.  Throughout the whole video, the cat doesn’t move from its comfortable stretched-out position.

The cat is well aware it is being watched but remains happily stretched out on the white tiles as it continues to drink lazily from the tap.