These Jenga Cats are Suspiciously Good at This Game (Video) 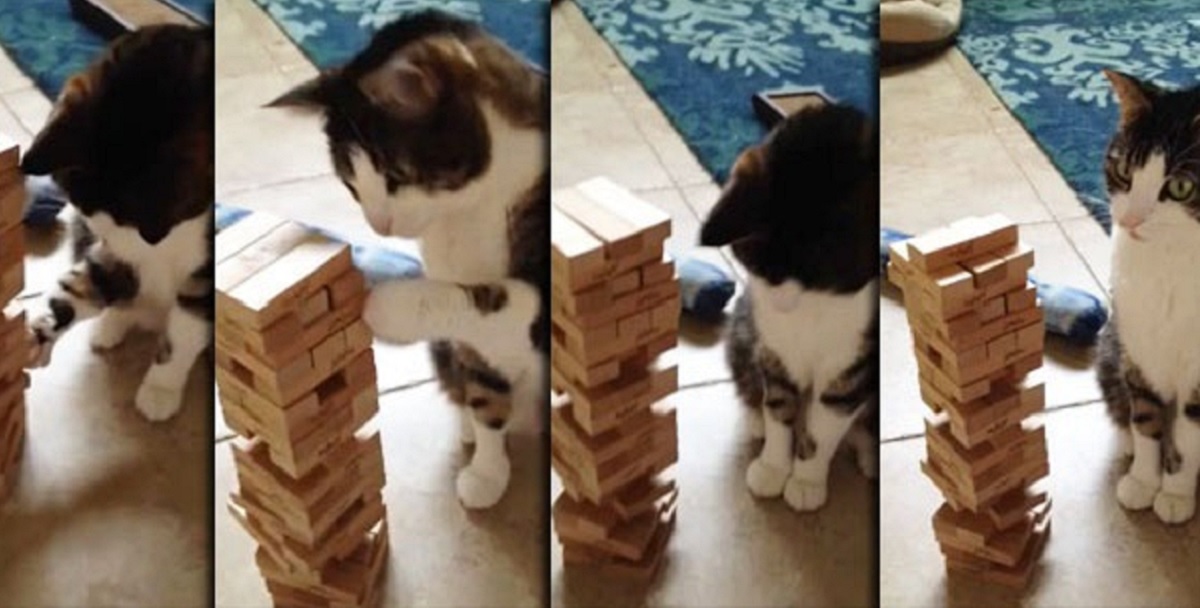 Just in case you've ever wondered what Jenga cats looks like, here they are....

These Jenga cats has some serious skills.  Jenga is a game where you attempt to pull out blocks and add them back to the tower without making the tower fall over.  Players knows that Jenga is one of the most suspenseful game of all time. But when cats start playing it, you really don’t know what to expect.

Meet Moe, the Jenga playing cat. Starting in 2017, Moe gained internet stardom when his owner posted a video of Moe playing Jenga.  The cat uses its head to push a couple of the blocks near the bottom of the wobbly tower. Surprisingly, it doesn’t fall over and the cat is able to move a couple of blocks to within swiping distance.  It then uses its paw to push out a block before switching to its other paw to knock it out.  The cats owner congratulates the cat on this spectacular Jenga move.  The owner then takes his turn and begins pushing a block from the tower but the cat is quick to help by knocking the loose block out for him.  The video concludes with the feline smacking his owner’s piece from the top of the tower in a fit of rage. Further proof that cats are sore losers.  Watch Moe give his opponents a run for their money and check out kittens playing Jenga in the videos below.

Moe seems to have started a Jenga trend as here are some kittens getting in on the Jenga action.  If your cat loves to knock items off the counter, then Jenga just might be the game for them.